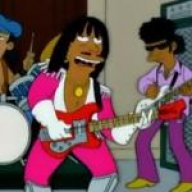 I think "The Greatest Story Ever D'ohed" is a really funny episode! 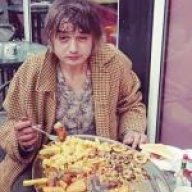 I do not think this is a bad thing. 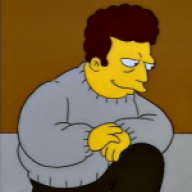 TheDuffBlimp said:
I do not think this is a bad thing.
Click to expand...

You're an interesting fella, DuffBlimp. You routinely assert contrarian viewpoints, but rarely do the legwork to support them.

Rick James said:
I think "The Greatest Story Ever D'ohed" is a really funny episode!
Click to expand...

Agreed. Honestly, the worst line in the whole episode was that "Mousepad, Double Click" line from the first act. It just felt too forced.

But there were so many good lines from there on. The first act itself had "Here comes the butt" and the barbecue/owl bit, and I liked the Reformers part, the Porky Pig joke, ChrisMuJews who like chicken, Homer putting salt in the salt water, the Oi! water, and so on, and so forth.
T

bboynexus said:
You're an interesting fella, DuffBlimp. You routinely assert contrarian viewpoints, but rarely do the legwork to support them.
Click to expand...

I'm not here to convince anyone of anything. I don't have to support my viewpoints to any of you.
If somebody wants to discuss them and is nice and polite about it and seems like they can hold an interesting conversation, then that happens.
This has the feel of a backhanded compliment, it's also barely accurate.
Last edited: Sep 10, 2019 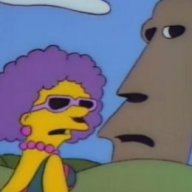 so everyone else has to do the work

TheDuffBlimp said:
I'm not here to convince anyone of anything. I don't have to support my viewpoints to any of you.
Click to expand...

No, of course not. It just doesn't make for interesting posts, does it?


TheDuffBlimp said:
If somebody wants to discuss them and is nice and polite about it and seems like they can hold an interesting conversation, then that happens.
Click to expand...

Curious. It seems you think the onus is on everyone else. How do you judge who can and cannot hold an interesting conversation? This all sounds quite arbitrary to me.

How about we give this a go? The criticisms levied against the so-called 'Jerkass Homer' characterization are varied and well-documented. Merely reiterating them would be useless and a waste of time. May I ask how and why your sentiments on the topic differ? What draws you to conclude that Jerkass Homer "is not a bad thing"? 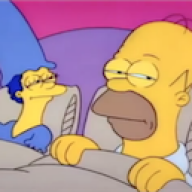 I'm not sure how unpopular this is, but "All Singing, All Dancing" seems to be really reviled, but I don't think it's any worse than the average clip show. Which obviously means it still sucks, but it's not some especially heinous degree of suck. 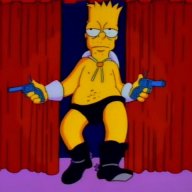 I’d call it one of the best clip shows, actually. I don’t think it’s quite as good as 138th, but it’s a close second. 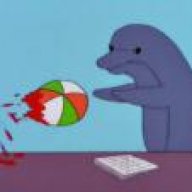 I think Marge vs. the Monorail is a horrendously bad and boring episode (apart from Leonard Nimoy), and worse than most Scully episodes. Shoot me! 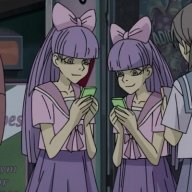 My memory sucks and I dunno if I might have said it already but for all the entirely legitimate things to complain about, some thing people will go on about are frankly ridiculous. Usually not on this site, mind. 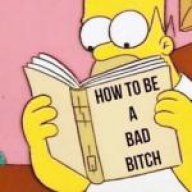 Location
Over the Rainbow

Squall Hammer said:
I'm not sure how unpopular this is, but "All Singing, All Dancing" seems to be really reviled, but I don't think it's any worse than the average clip show. Which obviously means it still sucks, but it's not some especially heinous degree of suck.
Click to expand...

Off topic/ but I love your sig so much lmao.

Haha, thank you! I appreciate it. 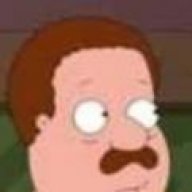 I don't know if this is unpopular or not, but I think that the Muppets segment from The Fight Before Christmas is worse as an anthology segment than The Diving Bell and the Butterball

- How I Learned To Stop Worrying And Love Legalized Gambling is overrated
- Last Exit To Springfield is, too
- Homer Badman did not age well
- Movie Good

I think Homer Badman aged brilliantly. Media sensationalism has gotten more and more pronounced, and this episode satirizes it amazingly. Truly ahead of its time.

Yeah I don't see how it could have aged poorly. It actually showcased media outrage before it was as common as it is today.

Location
Over the Rainbow

I don't know why, but I've always liked the (old) clip show episodes. I think it's because (it was) a fun way of showing how good the season was and how the series was progressing and it's evolution.


And yeah, disagree with Homer Badman aging poorly; if anything, it's the total opposite.

I don't necessarily mean that its depiction of the media circus is outdated (the way that Rock Bottom is willing to manipulate the truth to such a huge degree still rings true and in some ways was a premonition), just that since sexual assault is generally seen as a bigger deal and a more serious matter nowadays, it's kind of hard to watch an episode that makes light of (accidental) sexual assault and the social fallout surrounding it. Also, it seems like the fact that (even before the Rock Bottom special) most of the people who believed the accuser were portrayed as raving lunatics probably wouldn't fly now.

Like, the issues it discusses are more prevalent now than they were when the episode aired, but the drawback to that is that it's very easy to view the episode as taking a stance on specific facets of the "discourse" that probably couldn't have even been conceived of when the episode was written, and even if you logically know that the episode wasn't trying to imply XYZ, it's still hard to emotionally distance yourself from that mindset when you're watching it

IDK, it might just be that my view of the episode has been tainted by people who use this episode as an excuse to call anyone who has a sexual assault story a liar 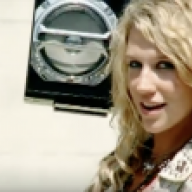 I don’t see what’s so unpopular about those 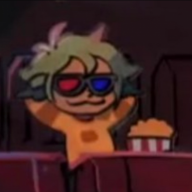 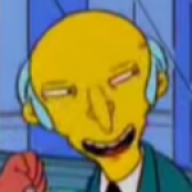 this is no time for your deluded sex games 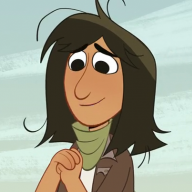 The first 'Treehouse Of Horror' is the best one. The later ones of the classic seasons were much funnier but when it comes to effort, artistry and tone (with a highlight on the darker stuff) I'd say it comes out on top (and 'The Raven' is one of the best segments they every did, though the other two are about just as strong). 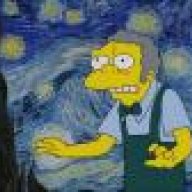 I love the first Treehouse of Horror too. It's not my personal favorite (that mention goes to Treehouse of Horror V) but I'd say it was a wonderful special and probably the second best among the thirty editions. I liked all three segments (truly loved the first one) and, well, there are a lot of things that make of it one of my favorites episodes. I detailed it in my review.

I dare to say Treehouse of Horror (the original) is the episode when they did the best job in animation, colours, shadows, sound-mixing and all those kind of things that make an episodes beyond the writing (with was fantastic too).

I'd say 4's my top one, though I already mentioned a lot of why in that thread. There's a fair bit of atmosphere in that one. But I'd say 1's still right up there and was downright artful. Think a lot of the earlier thoh's definitely had their own feel to the animation, 4's got a lot of lively expressions for one!

It's odd though, I seem to often find the series more enjoyable in episodes that kinda downplay the comedy angle (well, 4 is not one of those examples but 1 definitely is) maybe because then the humour pops a little more (like Marge getting a giant, serrated knife... to spread butter)
You must log in or register to reply here.
Share:
Facebook Twitter Reddit Pinterest Tumblr WhatsApp Email Share Link
Top