The Lounge: Now As Active As The UK Lounge

I'm a real user of women

Okay, that was weird. This morning I was lying in bed, staring at my bookshelves, and I noticed my couple of books by Tom Wolfe. I then thought to myself "is he still alive?". I checked my phone and found out he had just died a half hour before I thought to look him up. R.I.P.

Yes, he was on The Simpsons.

I have lost my voice.

Result is that I can't really talk much for the time being.

The sad part is that it's made very little difference to my life...

Yesterday was amazing and I need to talk about it haha. I've been on a 4 week get into work course which finished on Friday, made some great new friends for the first time in too long and some great memories. The course finished with a Celebration day yesterday where they booked out a conference room at work, had a load of speeches about how great we all were and then free food afterwards.
Each of us had to do a 2 minute speech about how the course changed us as well, and although I was bricking it I got up there and absolutely nailed a really heartfelt speech about how my depression had fucked me up before the course but this had been amazing for me in rebuilding my confidence and letting me be the me I want to be blah blah blah. I could've genuinely cried afterwards going up to get my certificates and everyone telling me i'd been great and how proud I should be of myself.
The best bit though was after that, when having told us that after the course we'd all have to go through the application process they put on a show and at the end BANG told us we'd all been automatically offered a job at our placements. It's going to be really hard work for me and I might not thank myself when i'm ending 10 hour shifts again in the middle of summer but fuck I feel like such a success for the first time in so long I want to do this and I want to kick it's arse.

That's probably just waffle to anyone reading it but it's my waffle.

Forty whacks with a wet noodle

It's called growing up

and getting old and bitter

Forty whacks with a wet noodle

I don’t see why one can’t grow up and continue writing Simpsons essays. I think Simpsons essays are signs of maturity. And what’s with the conforming to all lowercase text?

Financial Panther said:
I don’t see why one can’t grow up and continue writing Simpsons essays. I think Simpsons essays are signs of maturity. And what’s with the conforming to all lowercase text?
Click to expand...

writing essays about a cartoon is not a sign of maturity

grew out of the show

jsut be like me and never watch the show

I mean I haven't watched an episode in 3 years so that's pretty close.

nice. ive litterally never been a fan of the simpsons outside of 1 week last year and i joined this forum cuz of it lol

a whiz with cold drinks

you should watch it, it’s a cool show 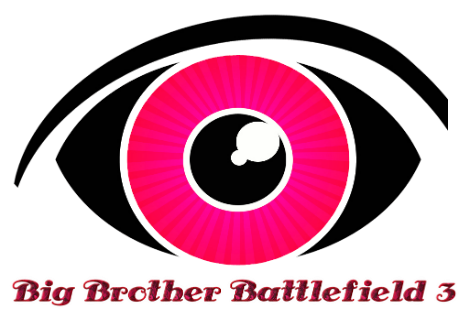 All you have to do is talk to people on Discord and do some challenges/games on a Forum
It's easy & fun!

Andre said:
So my Dog just eat corn on the cob and I had to go to the Wal-Mart around my house, get medicine, run back, and fed it to her. This has been stressful.
Click to expand...

the past few months have been amazing and have reminded me of better days that I originally took for granted...

a few months ago, I had come to visit my sister and brother-in-law for thanksgiving. well, I had arrived a few days beforehand, so I stayed with them the week leading up to thanksgiving, and whatnot. I got to spend time with my nieces, whom I had only seen once or twice prior. I got to reconnect with my sister; things were pretty good. I don't know if I ever told anyone this, but the way I left them a few years ago... it was pretty bad. I had just up and left; when I knew that they needed rent. I just left. I didn't think I was being treated right, and I felt that I had been paying them too much. one week it would be this amount, the next, another. I wasn't liking it; so instead of talking to them about it I just left and moved in with a coworker.

as most, if not all, of you know, I have been struggling with some things the past few years. homelessness. alcoholism. fun shit like that. Last year my drinking really took a toll; I literally stayed at some motel in town for almost a week, living off my last paycheck at some temporary job I had gotten, and I stayed the entire time getting drunk as hell. then, when those days were up and the alcohol was gone, I was having withdrawal symptoms, which were like the worst thing ever.

anyway, when thanksgiving had passed, I was still with my sister and brother-in-law, and they had been talking; they liked that I was helping out around the house, they liked how I played with my nieces, and they agreed to let me stay with them, as long as I was actively looking for work, and was able to pay them rent; not two weeks after, I started a new job at a store right across the street from where we live at. I'm working in the deli, which primarily consists of helping customers, making salads and stuff for the cold case area, and what have you. I started there in December of last year, been there for just about 3 months, and I'm loving it. I've been helping out by paying rent and am saving money for myself; I'm looking to get my own place either by the end of summer, or the end of the year. whatever. I'm just so beyond grateful and thankful that I'm out of that mess I was in. I was homeless off and on for 4 years, and now it seems to be over; for good, hopefully.

I haven't been this happy in a while. I know I got somewhat of a reputation for my marijuana themed posts and whatnot. I don't wanna dwell on that; I just feel good and haven't felt like this in a long time. Step one, out of the mission. Step two, get a job. Step three; not entirely sure yet, but I need to get back to writing soon so maybe something in regards to that.

I was in a 7-Eleven in late August, and I overheard a guy talking on his cellphone about Amnon of Mainz:

When he had paid and was walking out, I asked him, "Are you German?" He said, "My parents were in Germany—in Auschwitz. They wore the blue striped pajamas."

I told him I'd been reading some Victor Klemperer, and about how Klemperer kept a certain tentative allegiance to Germany even after the Holocaust. He told me about the ancestor of a family friend, a British Jew who had killed a German Jew with a bayonet during World War I. The German Jew had cried out as he died: "Shalom aleichem!"

After walking together for a few blocks, we exchanged numbers and said goodbye. I told him I would try to help him with a friend's legal problem, or at least refer the friend to someone else.

I was thinking of reviving this thread, but I decided not to. I'm bored right now though, which I often am.

I've said that phrase a lot on Discord. I don't know what other word to use. I'm not tired, so I can't say that.
K