6th best thing to do to gel.

Only thing Im confused about Maya coming back and being steady with Moe is that I assumed Moe was already steady with the character based on Elaine Stritch seeing as she's been in multiple episodes and never officially left him. Also apparently I need to go watch that Maya episode since I dont think I've seen much from season 20 including that.

Smear-Gel said:
Only thing Im confused about Maya coming back and being steady with Moe is that I assumed Moe was already steady with the character based on Elaine Stritch seeing as she's been in multiple episodes and never officially left him. Also apparently I need to go watch that Maya episode since I dont think I've seen much from season 20 including that.
Click to expand...

Lady Fontaine and Moe's relationship more seemed to be comedic than serious, while Maya and Moe's were both comedic and serious so it's easy to see why they chose Maya over Fontaine. Also, weird enough both are played by Tress MacNeille.

Itchy and Scratchy’s Christmas on ice
Click to expand...

OK, I guess it' some in-episode gag or whatever

Don't say it's again because of football boost

Back to the The Wayz We Were, as I said it all depended on who's this Moe's fiancé and we've got Maya - the best choice! Just because of "another guest star-voiced one episode character, who could be not liked" would be terrible idea, and ruined Jean's reputation completely. Moe deserves on best, seriously. Hope, that "traffic" thing is just bad-described premise for the 1st act, and the episode will be just a love story. (then I see on the crew, and already start to disappoint, and cry)

SimpsonsWillGoOnForever said:
Lady Fontaine and Moe's relationship more seemed to be comedic than serious, while Maya and Moe's were both comedic and serious so it's easy to see why they chose Maya over Fontaine. Also, weird enough both are played by Tress MacNeille.
Click to expand...

To be fair, I liked Laney Fontaine's character. She had some charm.

Bohdan said:
To be fair, I liked Laney Fontaine's character. She had some charm.
Click to expand...

I'm not calling Laney's character bad at all, I'm just saying the writers seemed to make their relationship more of a joke. In Russia Without Love, they show that Laney made a broadway play breaking up with Moe and making fun of him. As much as it's okay to have couples like Kirk and Luann, the trope of the bickering couple has been played out to death on the show.

Hey guys, here are the exclusive pictures for THOH XXXII:

These are the pictures I found from the website inside the link down below:
https://www.awn.com/news/see-exclusive-images-simpsons-treehouse-horror-xxxii

Again, the priorities for promo images is weird. They keep going from nondescript or really similar pics to "literally spoils the ending".

Not to mention, it looks like the Dead Ringer segment and the Nightmare of Elm Tree segment are gonna be very creepy. Because of the looks of the scary girl with dirty dark gray hair with different skin color (it looks like the one that came out from the well from one of the horror movies) and the creepy looks of the trees with mouths

From the article, addition to plot

In the ‘Dead Ringer’ segment from the October 10 episode, Lisa finds out about a party she wasn’t invited to attend, where all the kids who watched a video on their phones die in seven days
Click to expand...

The first picture is some weird.

the fact that Tapped Out is doing the Geriatric Park event is not coincidence then?

Thought 'Lisa's Belly' would be a retread of 'Sleeping with the Enemy' but instead Lisa actually does get fat, interesting...
Last edited: Oct 6, 2021

The promo images seem to be hiding the Bart Get's Swole B-plot. That'll be interesting to see lol.

Of course Shauna's there, can't go without shoehorning her in there. Well, she'll probably be conveniently left out of Dead Ringer despite being a phone addict. Also, calling that it ends up just like the aforementioned Geriatric Park or Last Thanksgiving with the lazy last second "happy" ending where Lisa becomes totally fine with the thing that killed a bunch of kids including Milhouse and, possibly, Bart too. Least that's my guess as to why he doesn't seem to be there in some of those promos. Though considering it'd be five minutes or less then I guess there's an excuse for being rushed if that's what happens.

Still, kind of interesting to see a plot about Lisa seemingly embracing her weight? From a certain point they have always emphasized that Lisa's kind of fat whenever she sits down. Even those THOHXXXII promos show that. Also being partly a Patty and Selma episode by the looks of it is pretty nice too.
Last edited: Oct 6, 2021

Location
THAT'S IT BACK TO WINNIPEG!

ComicBookGal said:
never though I'd see the day where they would return to Mount Splashmore
Click to expand...

Question, Which episode is that quote from, "That's it, Back to Winnipeg!"

15 PICTURES! How much! Question for olds nerds: did any other episode ever had more promotional images?

As for pictures themselves: so, the synopsis as always misleading and the story actually IS about Lisa's weight. I understand, Sleeping with the Enemy subplot was partly based on Yeardley Smith's personal past bulemia problem and the staff had decided bto implement someway of it in the show, BUT why again rise that delicate topic? (if olnly that's all not the reason to bond Lisa with Patty and Selma for the common prpblem of "overweight" - then alright)

15 pictures and none of them are cursed swole Bart. It better be the stuff of nightmares if they're holding out like this.

It does seem weird they are doing an "Lisa gets fat" episode, but at the same time the idea is a little interesting and I wonder what they might do with it (is it some sort of body positivity story or something? We'll see). The "Bart gets swole" subplot does seem even weirder but that one do sound possibly silly fun at best (and I too wonder why they haven't revealed how he'll look, so I bet they want it to be a bit of a surprise, thought hopefully not anything too disturbing, lol).
Last edited: Oct 7, 2021

Seems Intresting, I hope it turns out good. 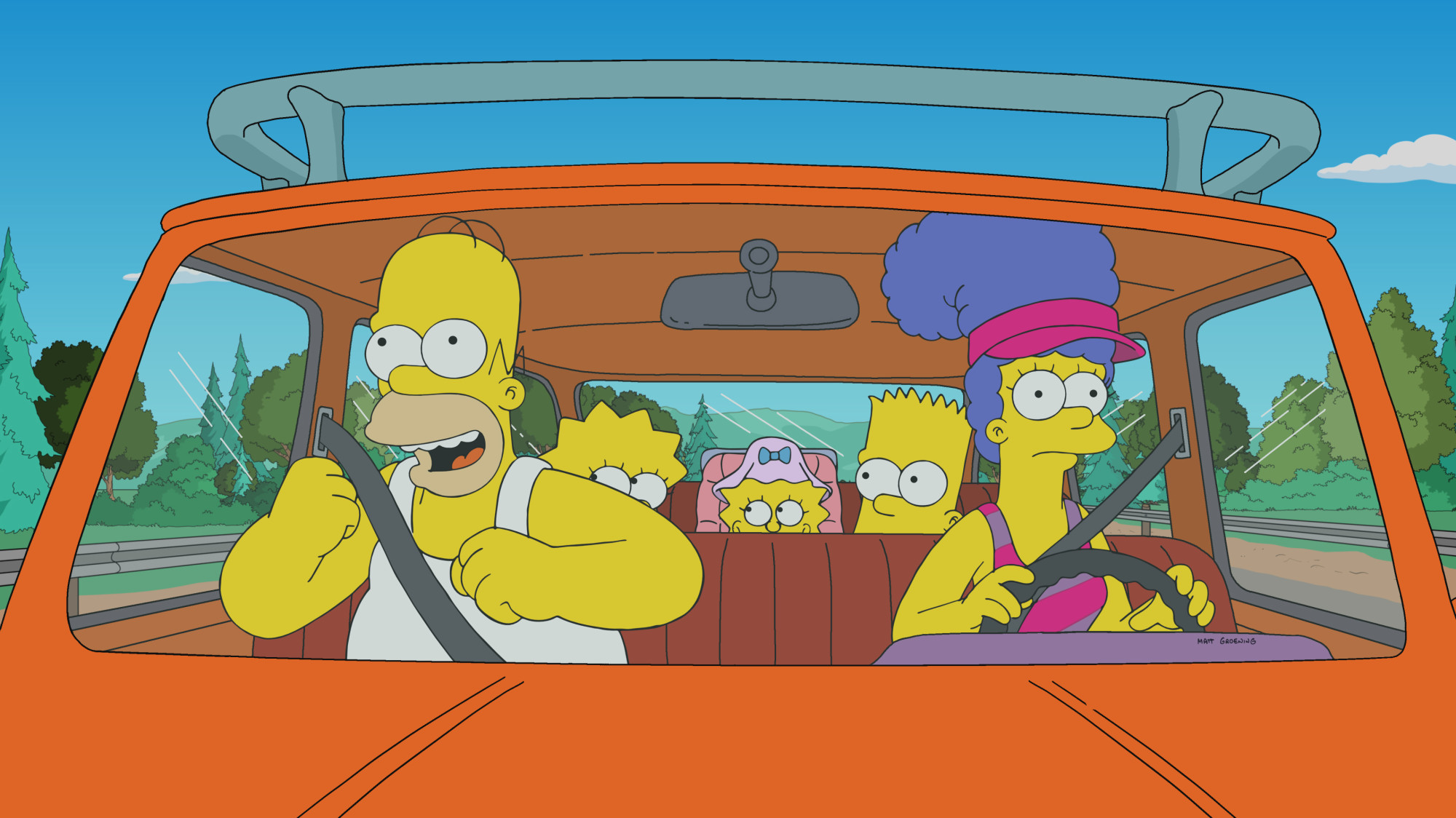 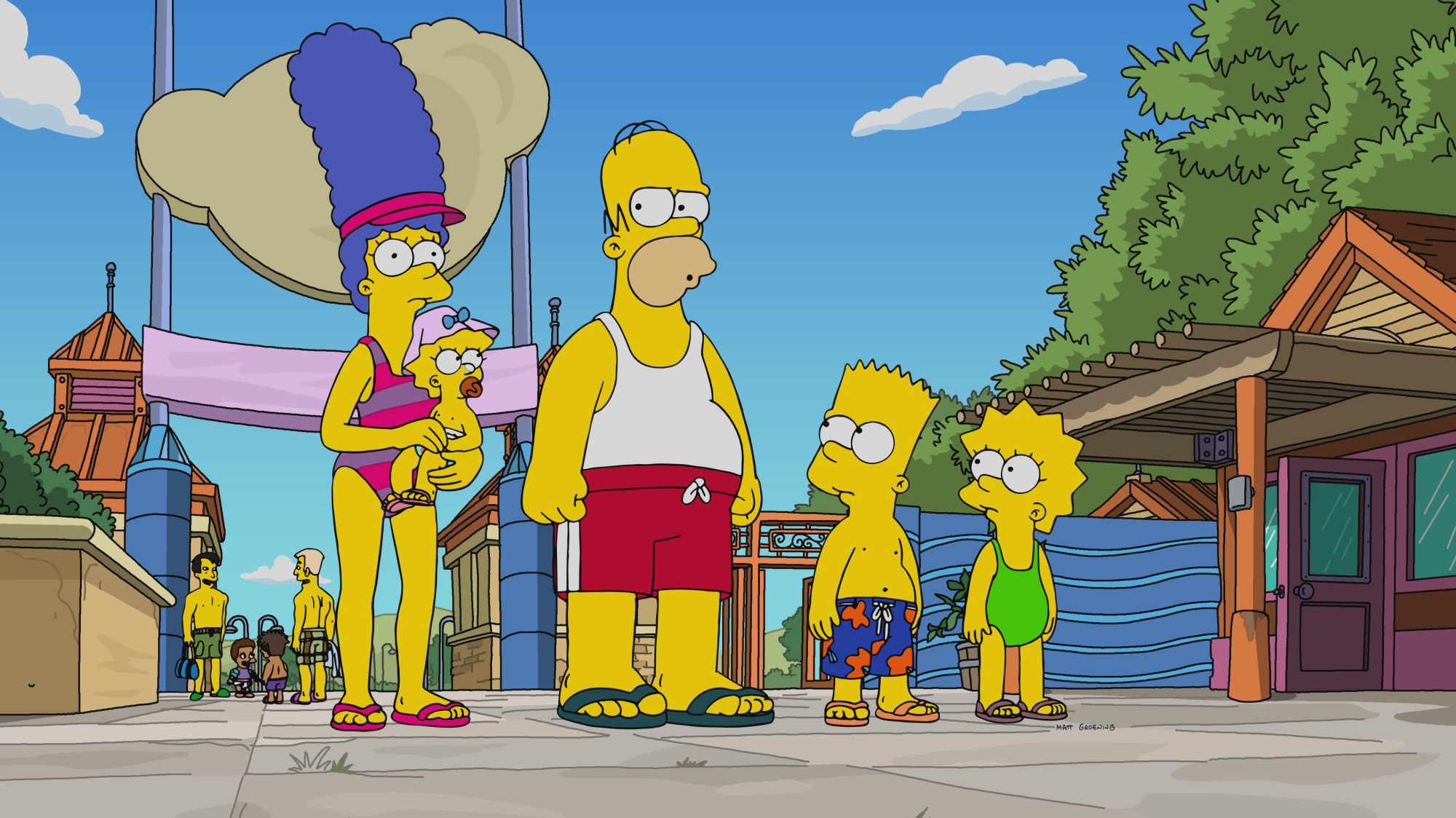 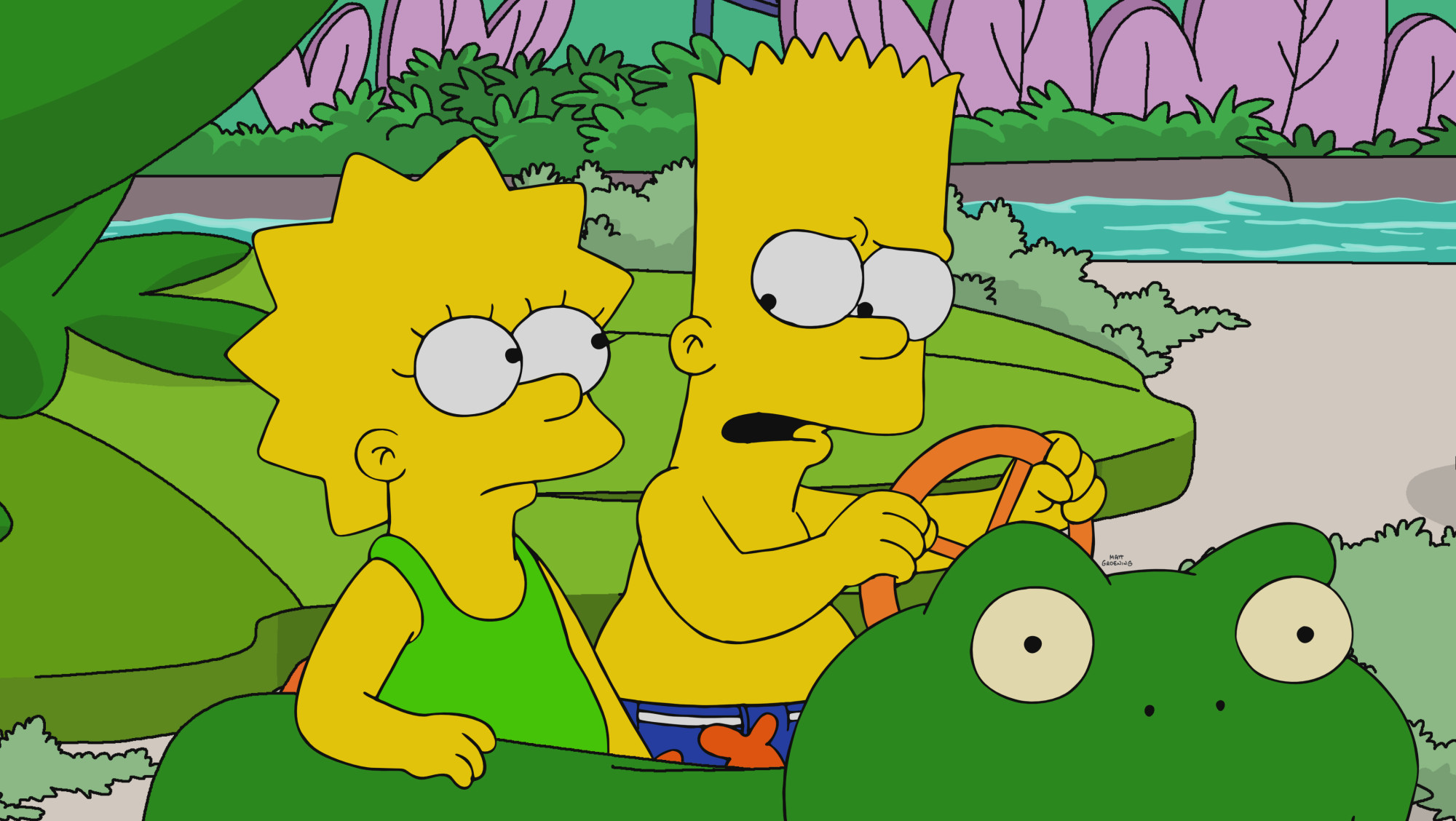 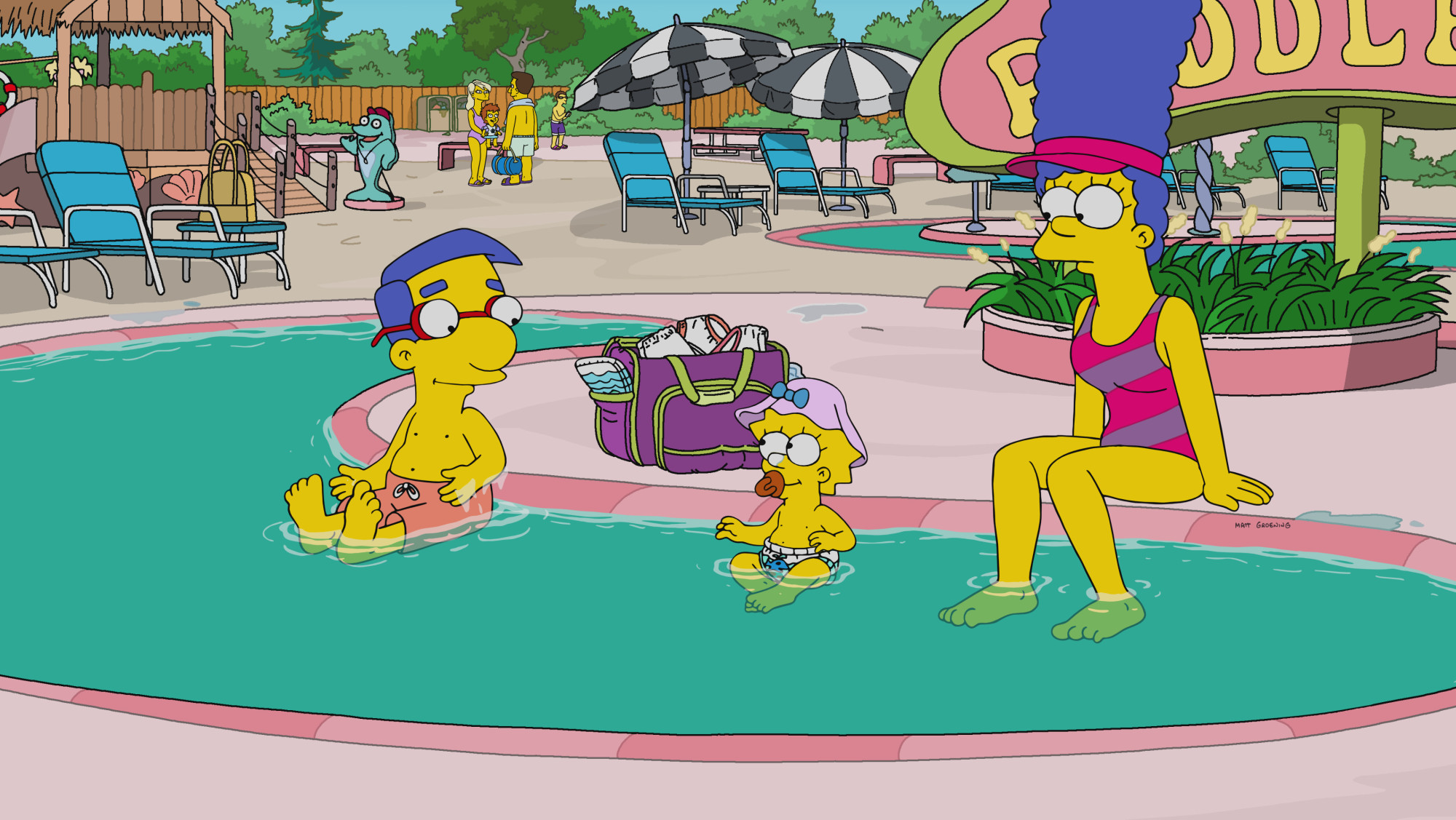 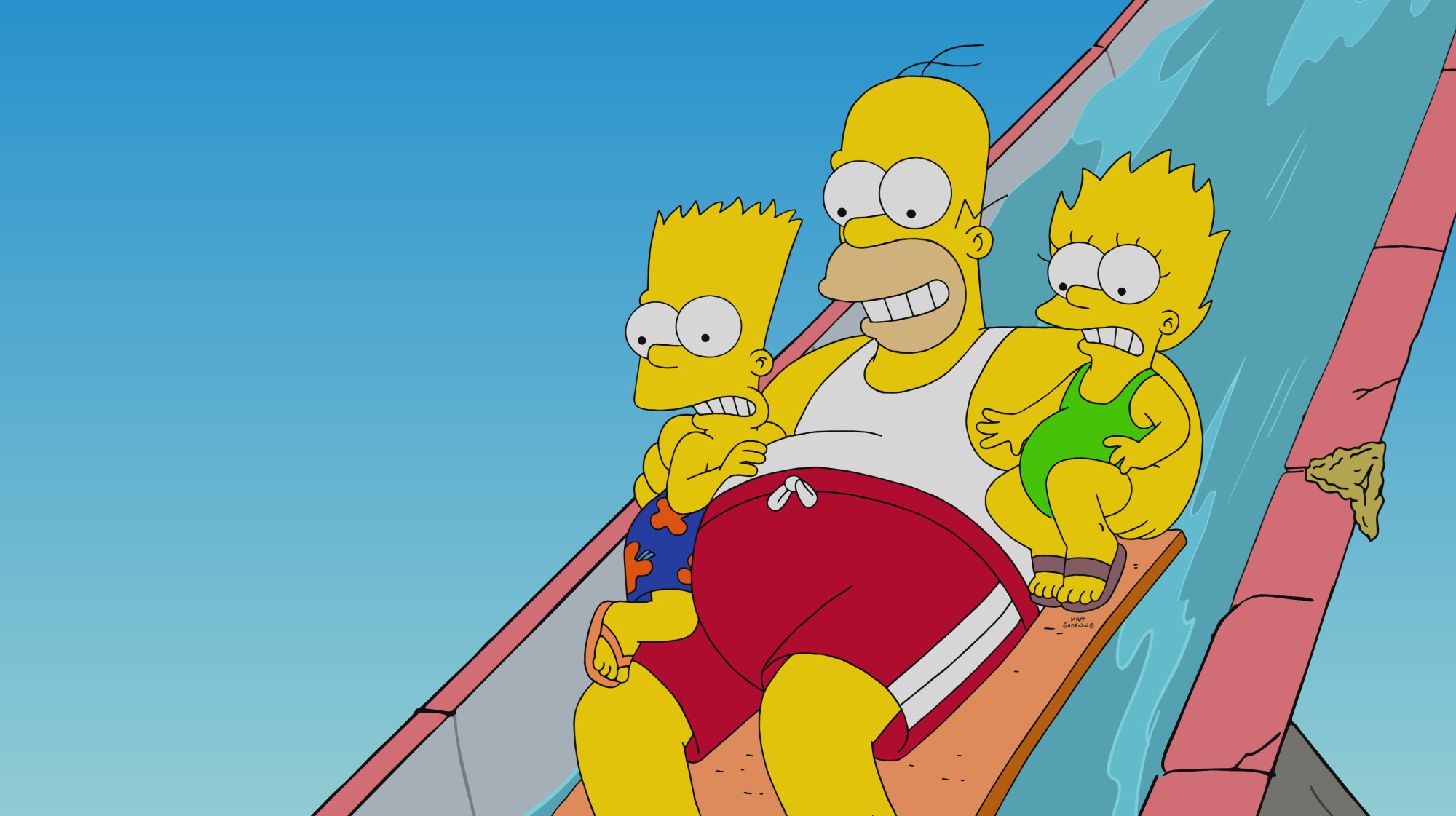 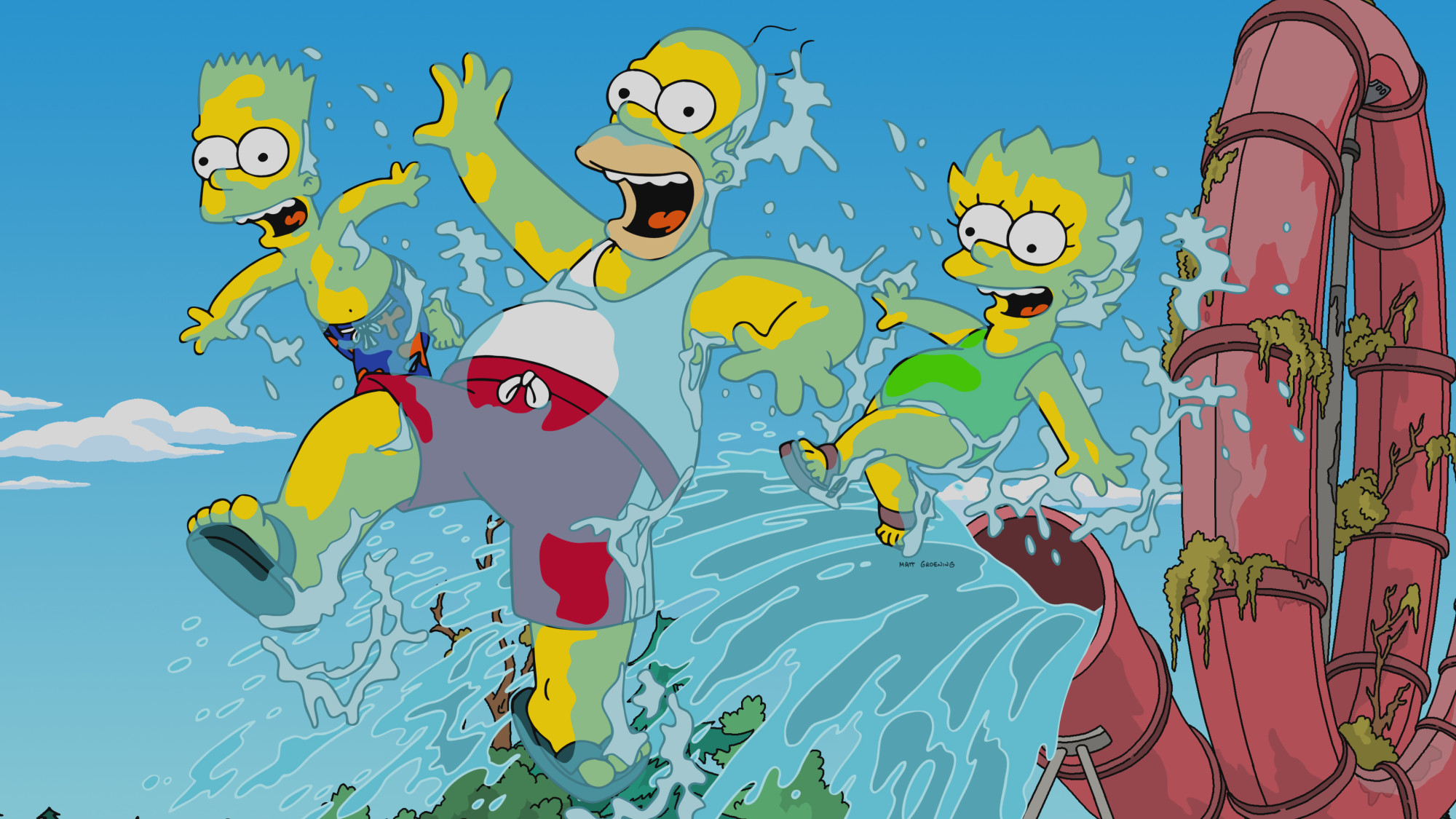 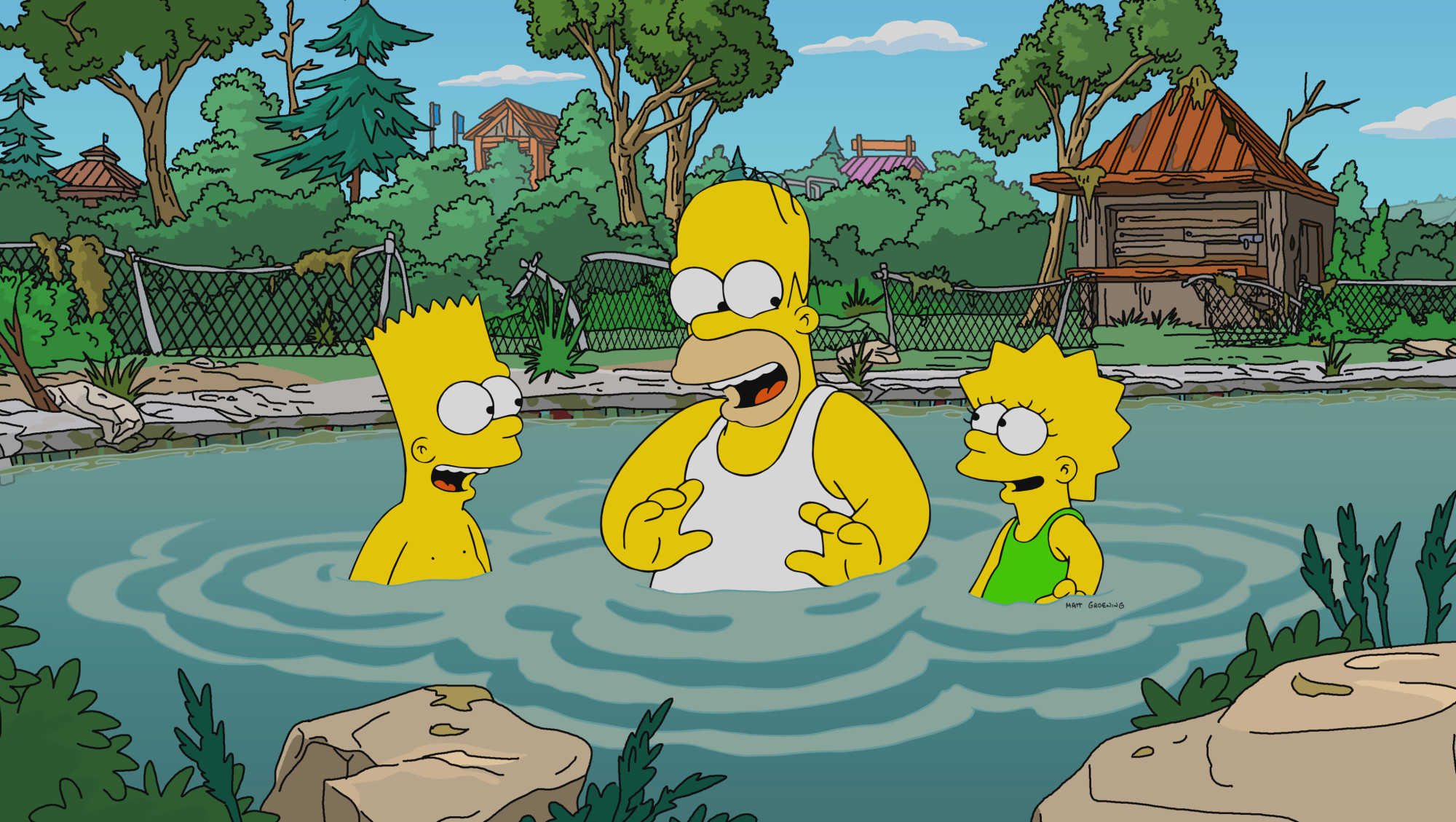 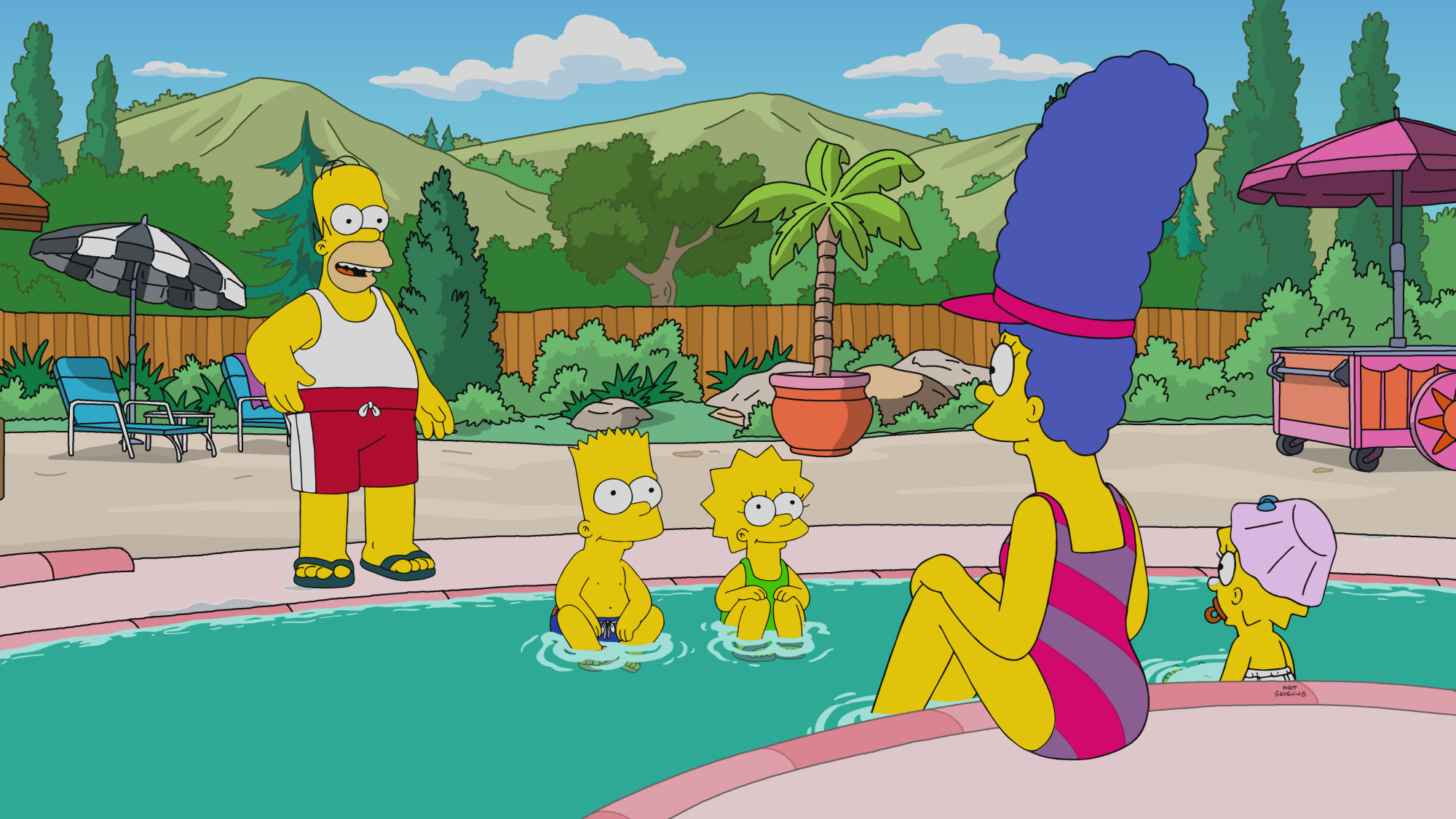 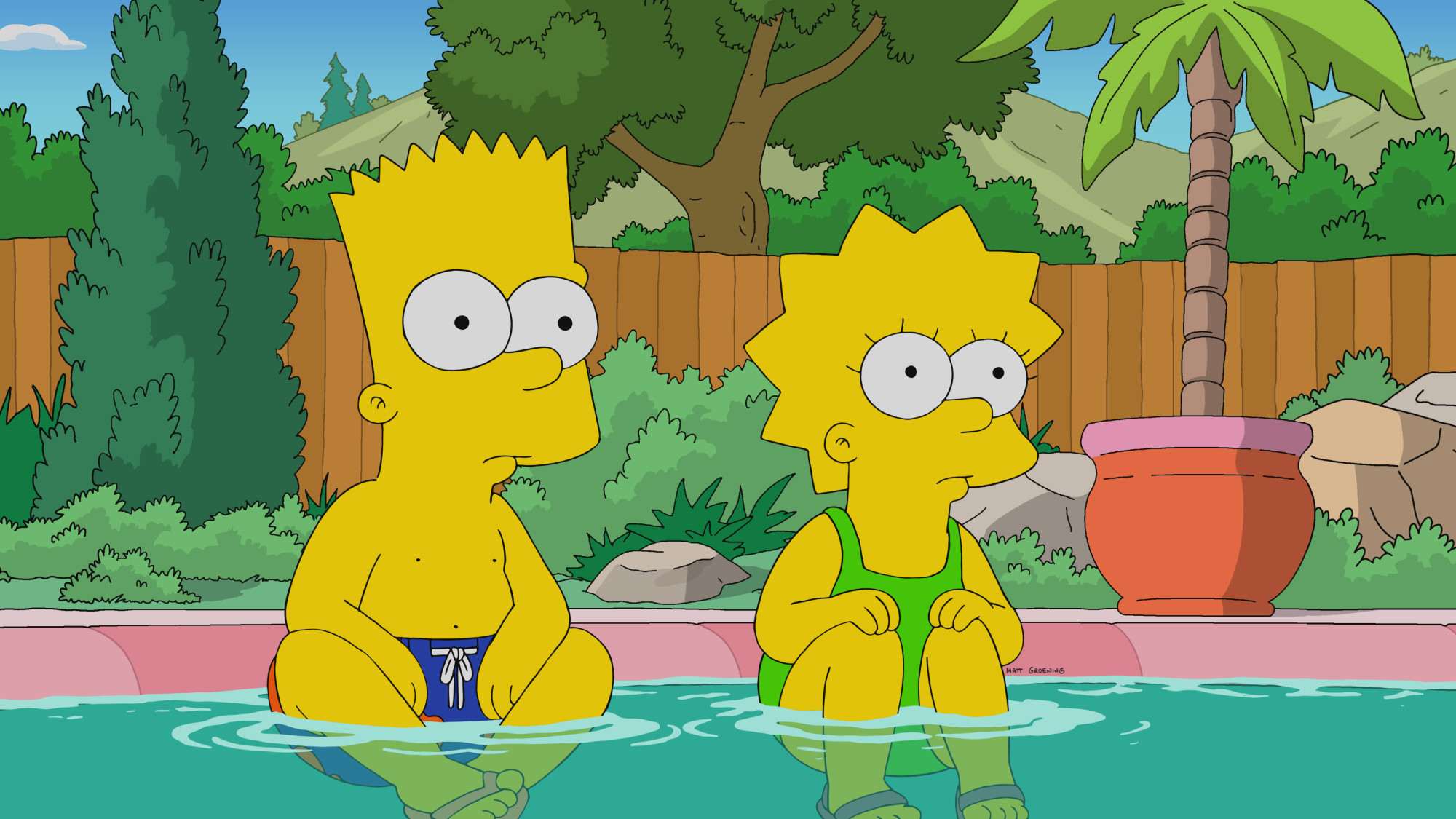 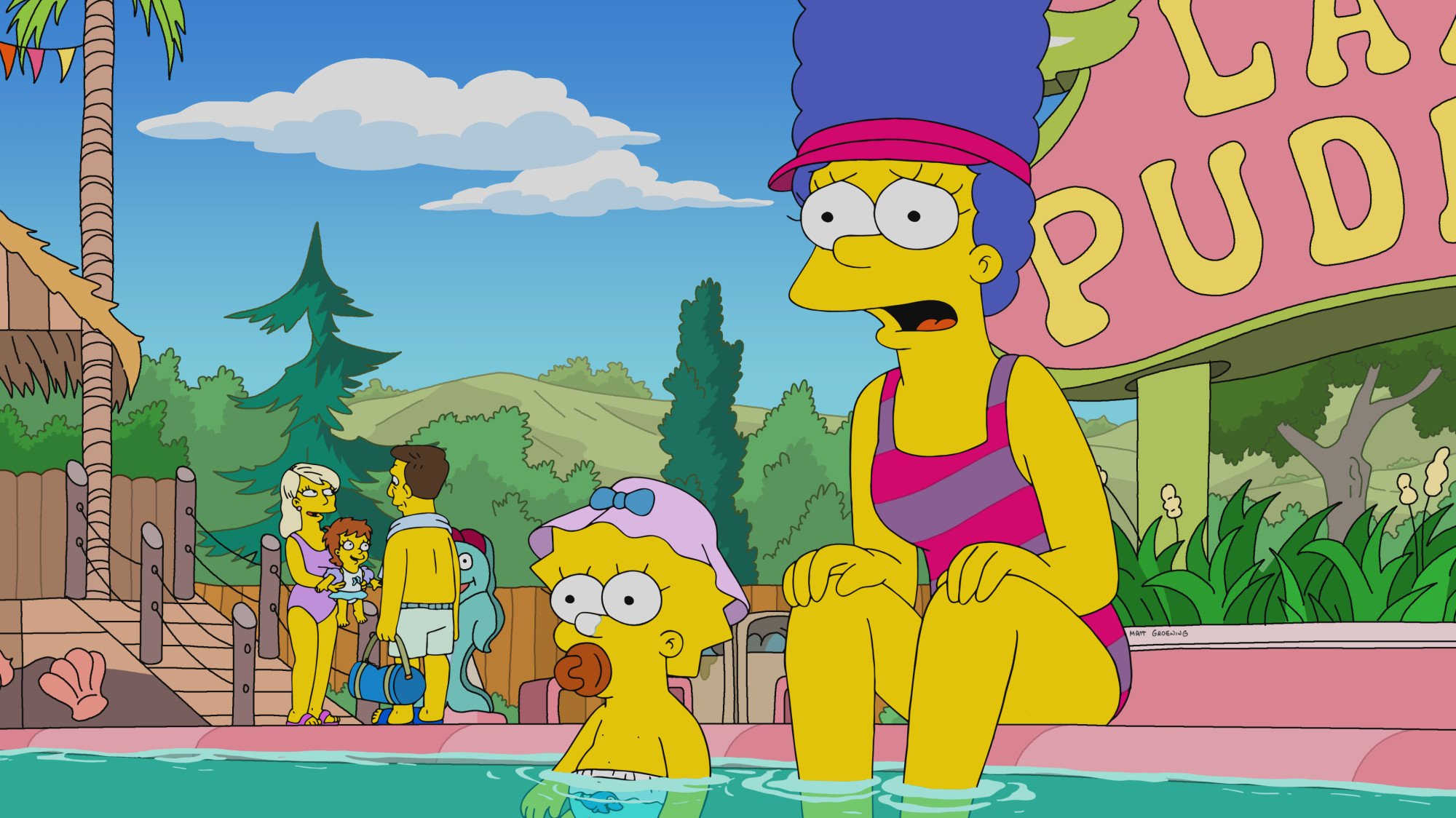 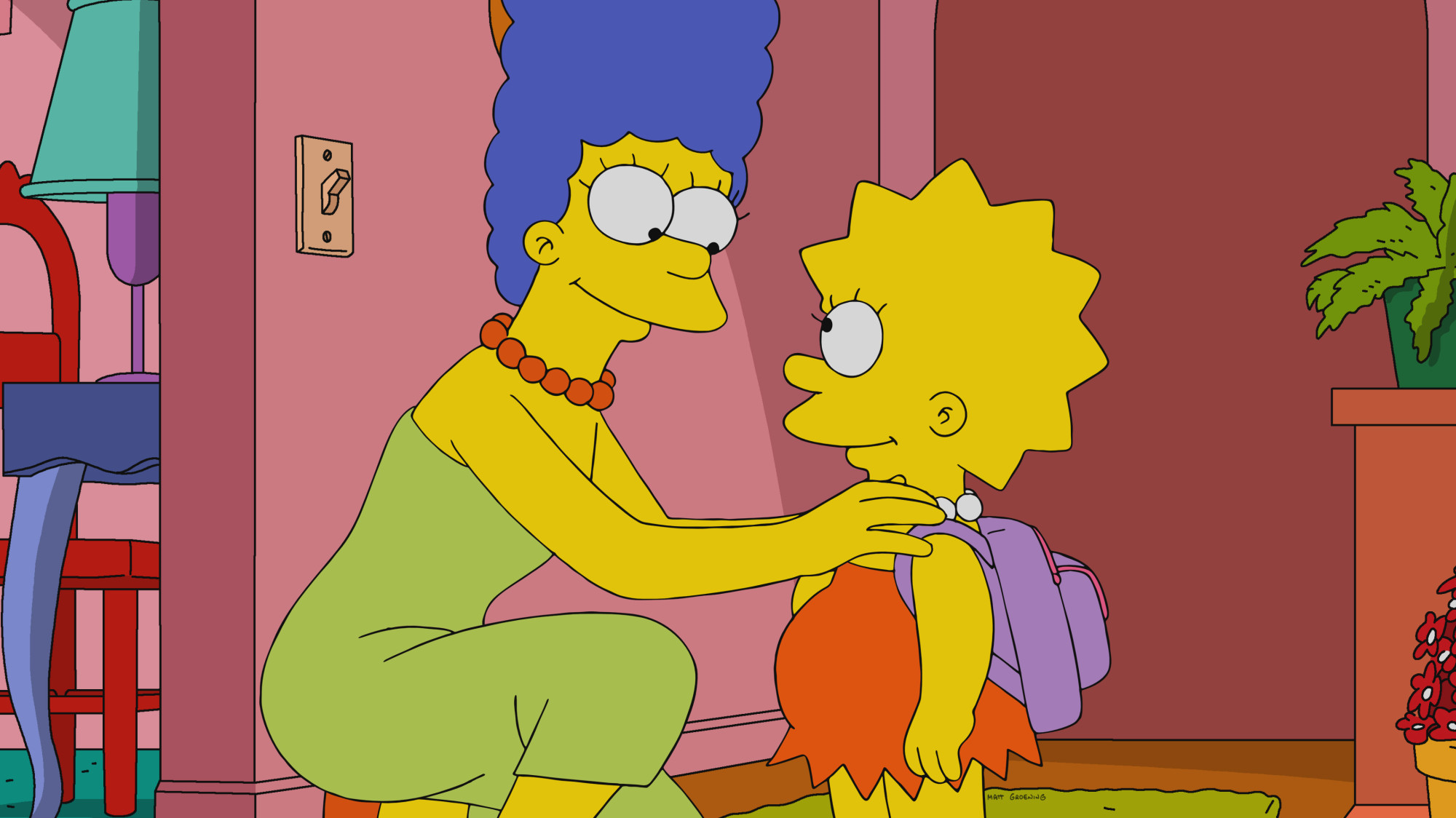 And the belly seen! 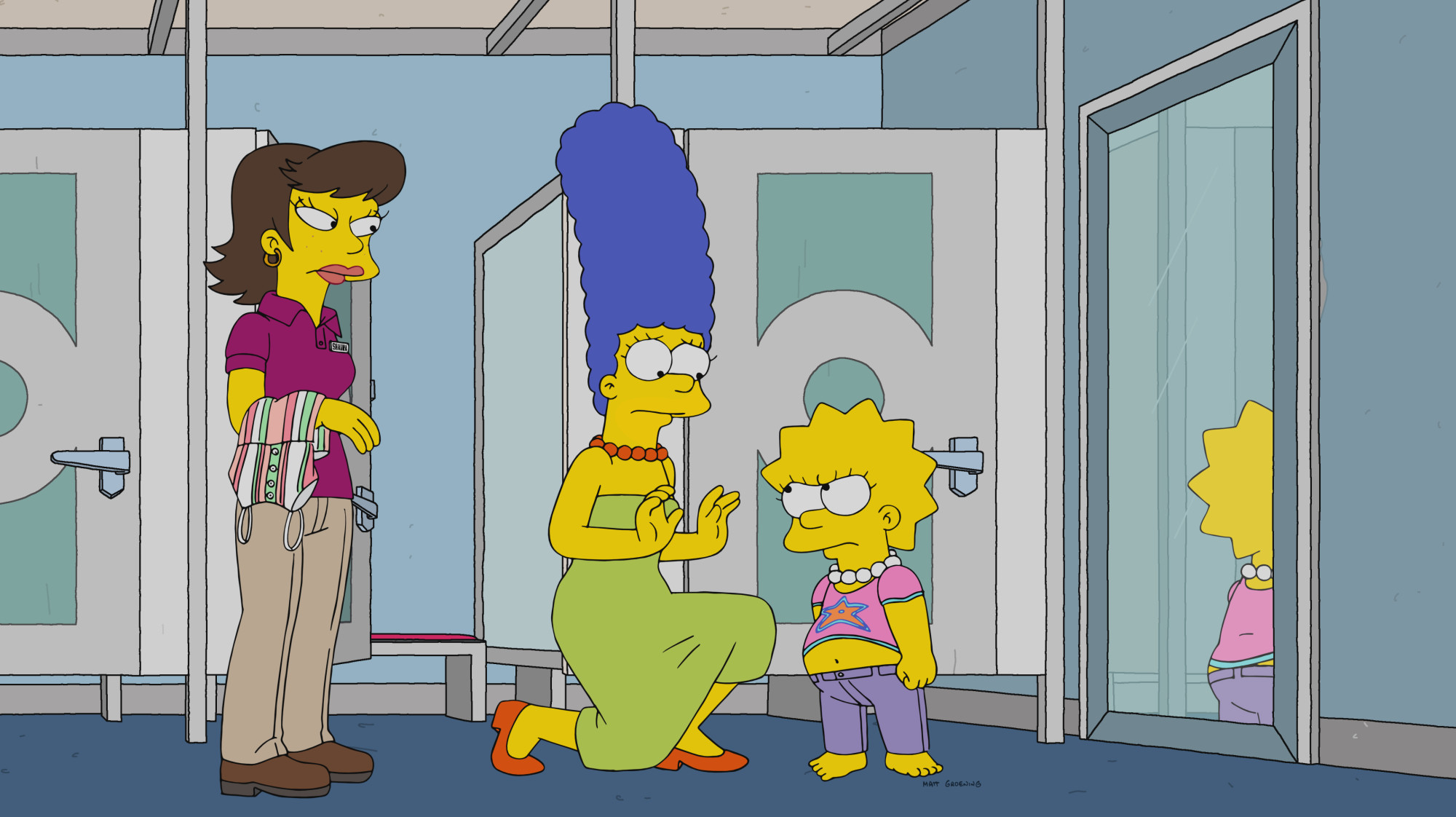 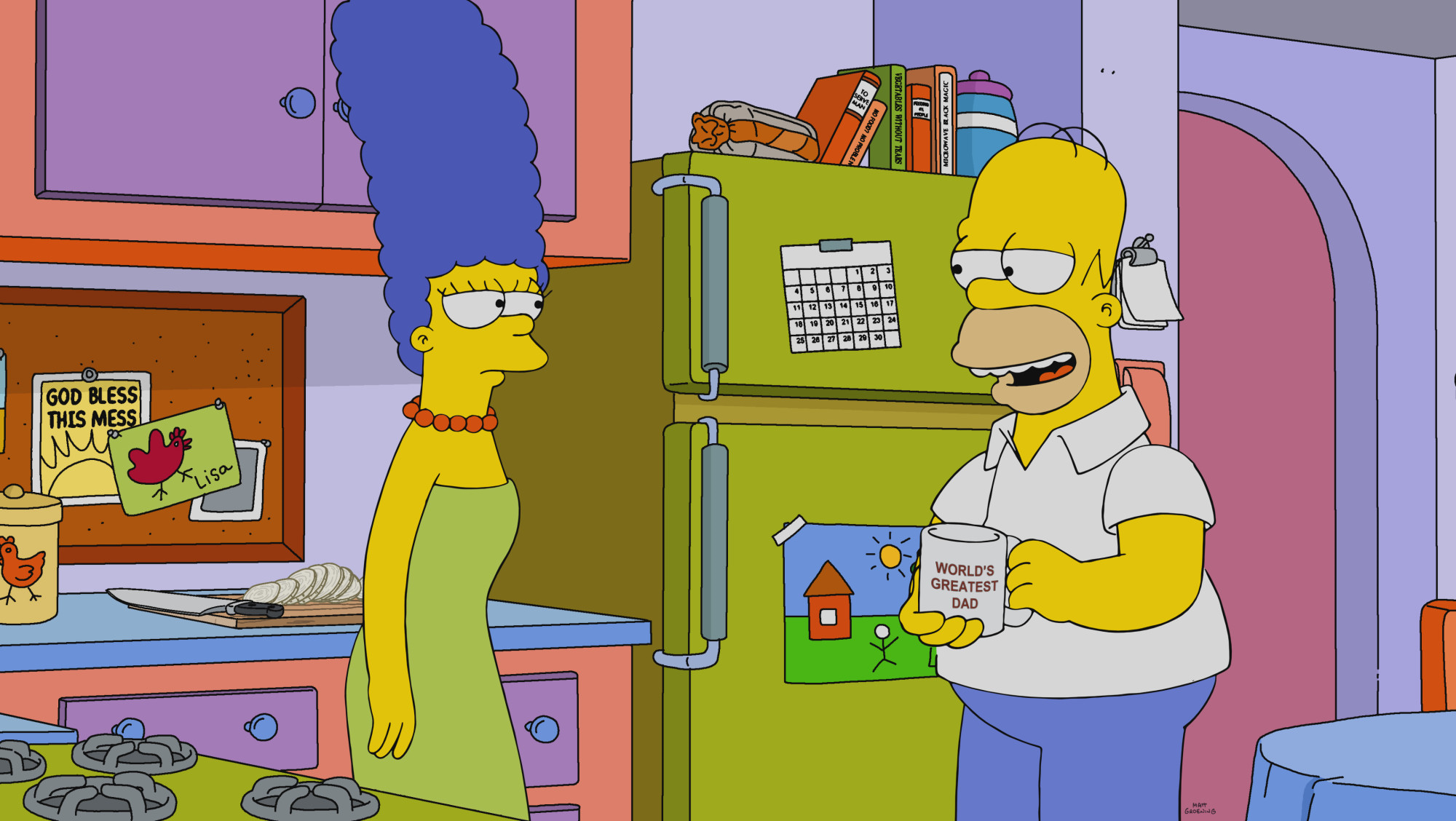 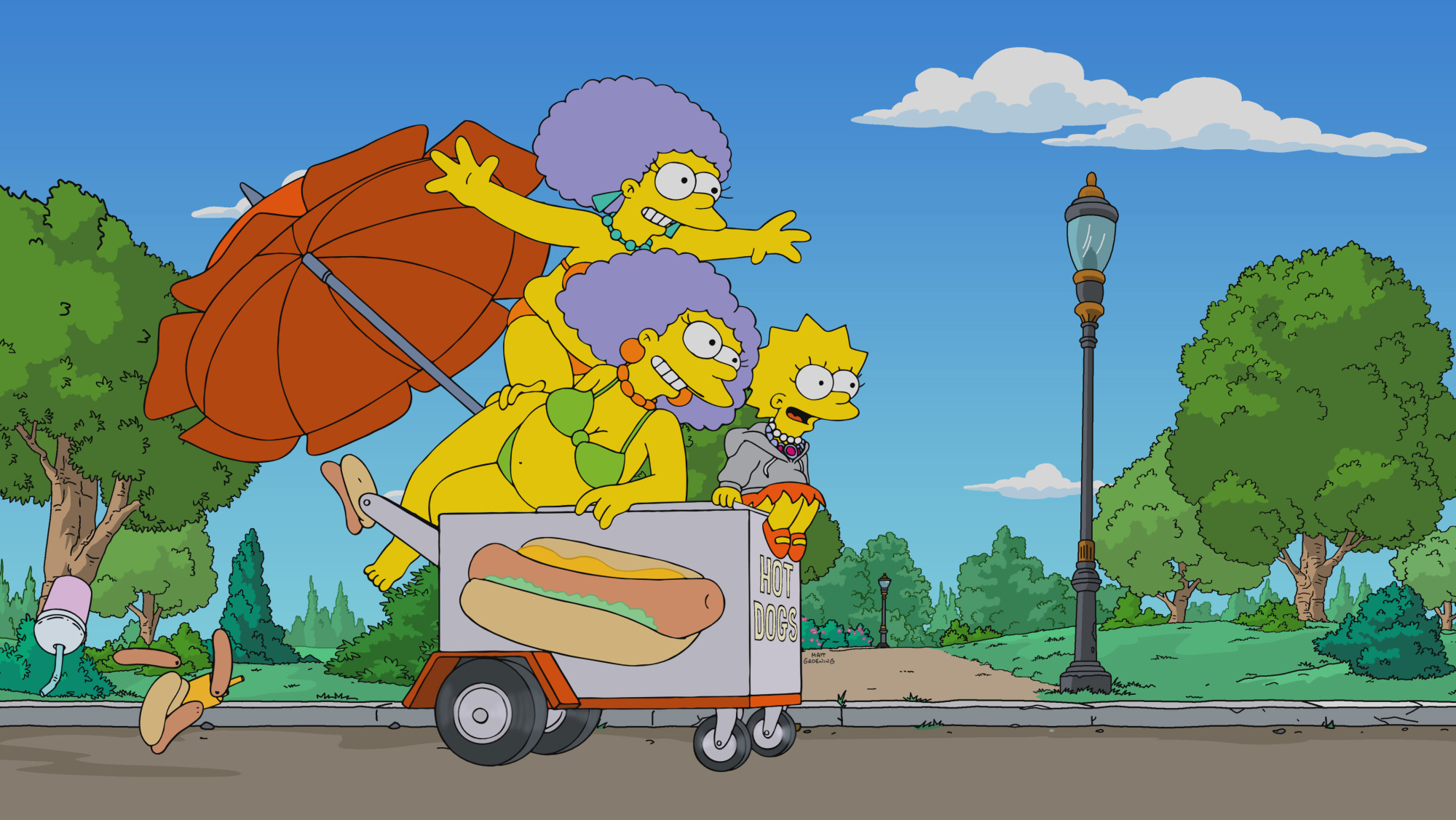 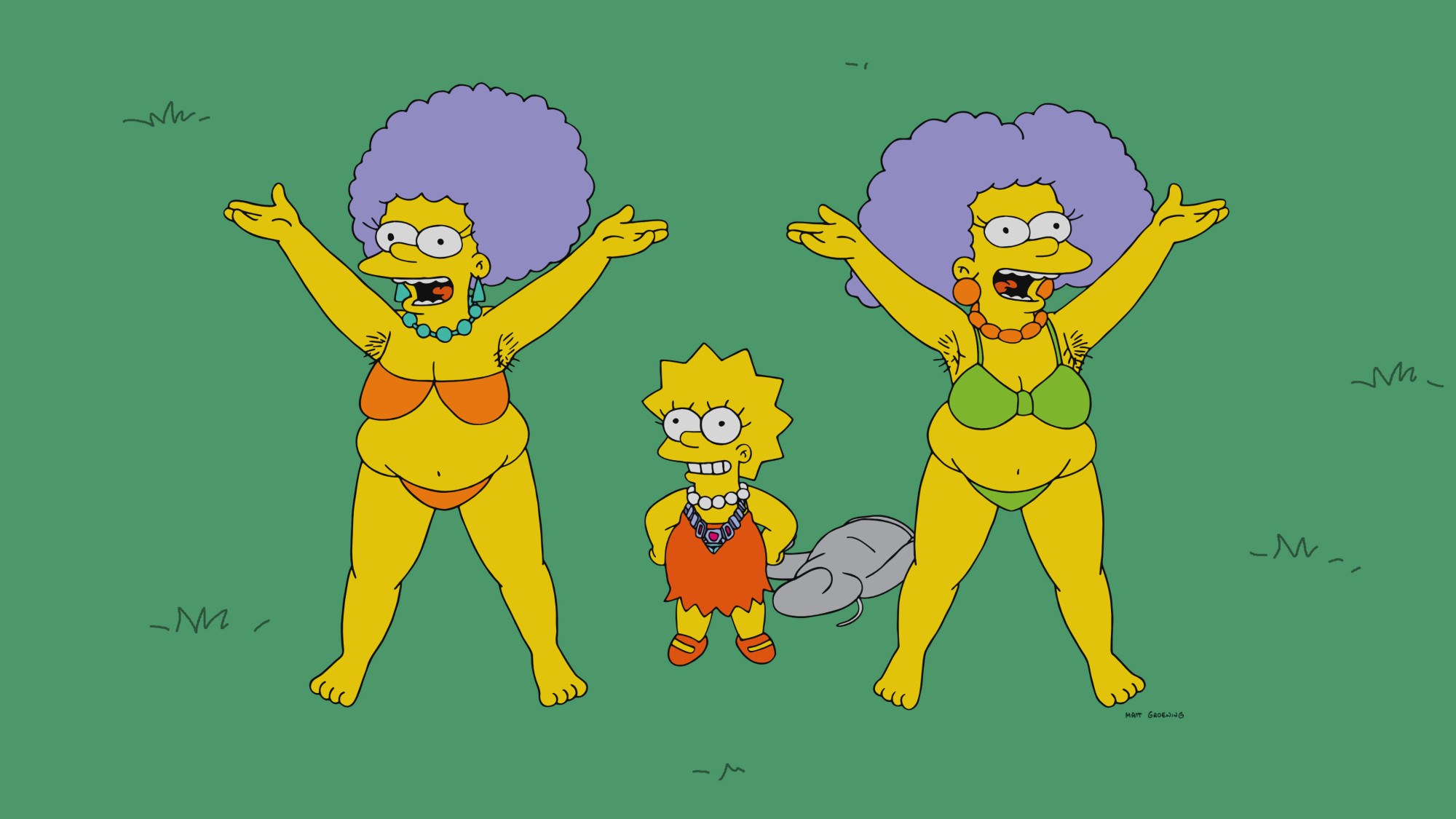 If you see the promo video for THOH XXXII on Twitter, then something tells me that we might be getting the Halloween TV set at the end of the intro again for this year's Treehouse of Horror, much like last year and the year before

Um, sorry for the double post again. But here's a YouTube video for THOH XXXII in the link down below:

HomerFan1998 said:
Um, sorry for the double post again. But here's a YouTube video for THOH XXXII in the link down below:

Just that The Telltale Bart clip showed on Comic Con. You needn't turn VPN on

Sorry once again for the double post, but there will be a repeat for The Star of the Backstage on October 31st according to The Futon Critic

CousinMerl said:
It does seem weird they are doing an "Lisa gets fat" episode,
Click to expand...