Zombies Rise from the Sea

I did not get the vegan/life preserver thing at all. While I thought the subplot was cute and it was also nice to see Shelley featured in the first time in... I think Chef was still on... still, did not get it. I'm guessing it's an inside joke with Matt and Trey, but yeah.

edit: also seeing all these gay composers as "bros" in sports attire was fucking hysterical

It never ceases to amaze me how often South Park episodes can basically center around one joke, here blowjobs, and still be good. Every episode so far this run has been at least okay despite premises I don't feel that great about initially. I think this was a strong Randy episode but Shelley's little plot is what I enjoyed watching the most. I knew the vegan kid had to be killed off, but it would've been cool seeing more between them in future episodes. Randy's horror when finding out she went to the show was great, but the ultimate Spider-Man solution itself was disappointing, although I know all about that Spider-Man musical they were referencing.(Nice Freddy and Jason masks btw, for a moment there I thought the ending might go in a much darker direction considering we're so close to Halloween and all.)

So conclusion aside I actually found quite a bit to like here. 4/5 I'd say

PS: Kinda felt awkward about Elton John's appearance since he's actually been on the show, but loved that entire bro-down thing anyway.

It looked like Stephen Sondheim was wearing a Steelers jersey,.. nice :gafrobang:
5/5 for awesome bro-ness

ryan "scary name" o said:
I did not get the vegan/life preserver thing at all. While I thought the subplot was cute and it was also nice to see Shelley featured in the first time in... I think Chef was still on...
Click to expand...

A little more recent, "Over Logging."

I don't normally get this way with South Park, but holy shit, poor Larry. I don't know what it says that I found myself identifying a little bit with him....either way, his tragic end was really sad. But also hilarious. "Spider-Man works in mysterious ways."

They kinda made Randy a murderer in this episode, huh?

I feel like he's probably murdered people on multiple occasions. I just thought of the Zombie Homeless episode.

So this was pretty good, eh? My roommate said it was a pile of shit and I believed him knowing it was a Randy episode, but perhaps I'll schedule it around Beavis and Butthead tonight.

I think it might have been funnier if basicly they had went subtle during the musicals basicly they are full of innuendo about sex, but never really say it which randy write directly in his musical, it would have made the scene were the musical writers look down on him better (they could keep claiming its not there and therefore their art is more prestigieous or something) althoguh I like they resolve the conflict quickly

the third act really what made this episode worth it
Last edited: Oct 27, 2011 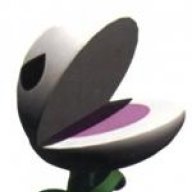 I laughed so much at this episode! I loved it all, especially the end.
A+

do what donny dont does

They should have a spin-off show, centered around Randy. I love Randy episodes. This one did not disappoint. 87/100.

This one had a pretty serious tone for a Randy episode, but it was well done. Randy is my favorite character and I was kind of disappointed that he wasn't as funny as he usually is, but with the context of this episode, that wouldn't really fit.

As for the musical part, Broadway musicals are a guilty pleasure of mine and I especially love the Book of Mormon, so the musical numbers in this episode by Lopez were hilarious and well written.

Season 15 got off to a shaky start, but it looks like this season just may be one of the best (modern) seasons ever. I give this one a 9.5/10.

I can't decide if I like or hate Randy episodes, but I definitely didn't care for this one too much. Basically while watching it my reactions were:

2/5 For Shelly, the boy, and his tragic death. "If only he had been wearing a life preserver!"

Somehow, I can not fathom Sir Elton John eating buffalo chicken wings at Hooters, but he once owned a soccer club back in the 1980's, so him wearing a sports jersey can be plausible.

Trey and Matt can do good songs...stories, however: M-E-H. Some ep's are hit or miss with me.

I wish they would have covered Shelley and Fregan instead of Randy.

I find it so strange how Matt and Trey choose to go years and years without some of their secondary characters showing up (Shelly, Jesus, Officer Barbrady, City Wok Guy, shop teacher) and then they just choose to stick them in sometime. I suppose it increases the cool factor of, "Hey, so and so's back!", but I wonder if sometimes they could be using the characters they've already established more often than the generic one-timers and government agents.

you can only keep using the same joke so many times before it's not funny anymore. the main plot got a little tiring after a while. that said, i did like shelley's plot. i thought it was really nice, like the boy singing to her, her inviting him to play X-Box, etc. i thought the ending where it was revealed he died was really dark. but the rest of the episode, despite the repeated jokes, was still pretty good, like the bro-off, randy as superman, the Book of Mormon line ending the episode, etc.
I

The lesson here is, never try

This ep actually made me want to take my wife to a musical! Whether it works or not doesn't matter, I'd just be cracking up the whole time because I'm thinking about this ep. I'm not saying that musicals aren't bad though, some can be very entertaining. Not a lot of Randy fans out there? I think he's consistently the funniest character on the show. In regards to entertaining eps depending on the lead character I sometimes compare Randy to Homer because for the most part I think theirs are some of the best of their series.

I managed to catch this one since I last wrote in this thread, and yes, it was quite enjoyable. I was skeptical because I heard it was Randy-centric and barely featured the kids, but throwing Shelly in there still made it good. And this was an example where Randy was quite funny, so it worked. Having the guest writer helped give us a fresh episode as well; there was a lot of original music and the whole ending of seeing Randy try to be a parent (to "save" Shelly) was something we've barely seen on the show (his episodes usually just revolve around his crazy antics). I wonder if it was the guest writer's idea to give Shelly a story or if Matt and Trey brought her back because the sideplot just wouldn't work with Stan - either way, I liked it.

I liked the idea and I liked the Shelly twist and the freak-out Randy and Sharon did when they find out she was going.

The Spiderman ending was a-bit much tbh, but still a satisfying episode.