Because I now have the ability, and I find R&R's essentially repugnant and naked without them, I am strongly considering we reimplement polls going forward. This will also result in me personally adding polls to the season 31 & 32 episodes that do not have them, and polls becoming commonplace again in future episodes.

Men Behind The Sun Tzu

Even though I wouldn't benefit from them as much anymore, it would be nice to have them just to can easier decipher how much people like or dislike a certain episode. I am 100% team poll.

Yeah, I think Szyslak100 has learned his lesson.

like i said in the discord this alt stuff can be easily fixed if you make the polls public. i don't even know why some polls are private sure it is embarrassing to give a new ep a high score but still 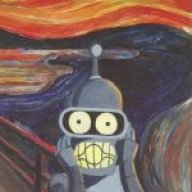 Remember Me As I Was

They encourage forum interaction and can be sifted through if you care enough to make a serious rating out of them.

I always tunred my polls on public. However, I can live if the polls didn't come back.

There's a handful of Season 13 episodes that either have no poll or it's locked for whatever reason. I think these discrepancies should be fixed to be more consistent with the other episodes that have polls.

I don't really think about whether newer shows/episode threads should have polls or not. It wouldn't be a bad idea to start them up again for newer Simpsons episodes though, given it's been a few years.

While I understand why [MENTION=24053]Brad Lascelle[/MENTION] started the trend of no polls to go with the episodes from season 31 and onward (tampering by one member) and despite me not minding it, I can certainly see why some take issue and really want them back so I'd be all good with that and would like to see them back top (also considering I find there not being any harm in doing so now so hopefully there will be no more poll manipulation), but only if it's public polls (it bothers me a little when there are those with anonymous votes so either public polls or no polls at all, especially when it comes to the Rate & Review ones).

I also agree with Exordium to outfit the old poll-less R&R thread with polls and reopening the locked ones (or just give them all new polls if simply reopening them cannot be done). It feels like it'd be a good thing to complete the R&R archives.
Last edited: Mar 8, 2021

I also understand with initial [MENTION=24053]Brad Lascelle[/MENTION]'s intentions to change the rate system for recent episodes (since season 31, 2019). Now, to rate you must unincognito write comment with, at least, your mark out of 5 (sorry me, that I overexplain this). Before, the problem was security of that poll, where a member used several accounts to share his marked opinion.

Is new system effective? That's hard to answer, because of mentioned problem of "ordinary Internet user in anytime wants to check the episode real fan rating". Despite Brad regularly updates the first post with fresh and even changed estimates, these effort in general give less use of describing of opinion of about 15-25 members instead of more NHC users, who took part in R&R before season 31. And saying now as that "ordinary Internet user" , who really a while ago wanted to check the season 31 episodes real fan rating, new system isn't as "inconvenient" as not show whole, more effective, point of real rating.

Despite I voted "NO", cause really liked this rating system and understand its premise, BUT, anyway, it must me modified and become... more comfortable for users to use, or so. Actually, I never mind, how it'll be done: with poll, or without.

Just a thought irrespective of what the consensus opinion on R&R polling winds up being, wouldn't it make more sense to explore re-establishing this post-migration to Xenforo?

[MENTION=24053]Brad Lascelle[/MENTION], I certainly agree with you it would make more sense doing all of these additions and changes after the board has moved (I opted to no mentioning it in my post but since you brought it up I'll touch on that too).

I can only hope the new site would have those features to make the rating system more comfortable for more users (both those who prefer the polls and those who have no problems with the current rating system Brad implemented, which I still like and feel is more personal in a sense), but I don't count on it.
Last edited: Mar 8, 2021

The other benefit to the current format that it would also be ideal if the new forum software could accommodate is allowing people to be adjust/update their R&R score at a later date. It has become quite a common practice that people have updated their impressions of a specific episode over time upon rewatch and have adjusted their R&R score accordingly which has been reflected in the overall community consensus tally.

I know vBulletin was less than cooperate in that aspect but perhaps Xenforo will allow for people to adjust their scores independently while still keeping them public.

xenforo will absolutely have poll options and yeah it has the capabilities of changing poll options later on, though it is an option one would have to check off. I set the poll here to expire in April for a reason (this is the month the move is meant to take place)
Last edited: Mar 8, 2021

I don't have problems and I won't be a problem this time, so go ahead if you want to (although I am fine with this system as well)

This thread has been abandoned for a long time. With at last come xenforo moving, I hope now the polls "are more safe", "there is now ability to change votes" etc. But, is it true? I mean, so, now R&R threads for new Simpsons episodes, in particular, can again include new polls for more comfortable rating, without bothering @Brad Lascelle , who was the poll moderator in recent years, or any other admin to "please submit/change the vote"??? I also ask, because I'm going to often join the rating new eps with others in the upcoming TS season 33

Users can definitely edit votes now to seamlessly update their scoring on repeat viewings of an episode. So that is most assuredly a plus and a setting that can be enabled at the onset of poll creation.

Shared IPs between accounts can also be easily tracked to help safeguard against duplicate voting between multiple profiles.

The one remaining wrinkle is being able to custom moderate poll responses. Duplicate accounts can be easily identified but votes from banned dupe accounts still count against a poll tally. That said, if we were to delete an identified dupe account as opposed to simply ban it, I do believe that would accomplish the result of being able to omit any votes cast with it.

So long as our global moderators have no qualms about facilitating account removal requests when a clear dupe breadcrumb trail presents itself, I have no problem moving ahead with bringing back the traditional R&R poll starting this weekend. It's less work for me... although I will continue to maintain the poll tracking for Seasons 31 & 32 without an elegant way to recompile those existing votes into a poll.

Truth be told, I will probably go back and add polls to those threads and simply apply manual vote tabulation within the OP to ensure there are no duplicates between the thread scores and the poll submissions. Essentially, I'll combine the two to get our consensus score but only one vote between the two and I'll defer to the poll response over the thread submission if there are inconsistencies.
You must log in or register to reply here.
Share:
Facebook Twitter Reddit Pinterest Tumblr WhatsApp Email Share Link
Top