the bear who loves to love

this sucks. me and my friends were planning to have a finale party to watch the last ep (we were assuming it would premiere in july). now we'll all be at our respective unis so it won't be able to happen.

the finale also premieres the day after i arrive at uni so i probably won't know anyone to talk about it with. it's like the worst possible date for me. also, it's one month after july 14th, which is where i assumed it would premiere based on aaron paul's previous tweet.

but nonetheless, it will be awesome and i'm obviously looking forward to it

EDIT: there will also be a programme following it each week called "talking bad" which i guess will discuss what just happened in the episode, which could be good or bad depending on how they do it.

I should feel disappointed about even more of a wait, but I feel fine. My friends and I will be graduated from college so we'll all be home to watch together and I already have mad men and dexter holding me over until then. Plus I plan to rewatch the series from the beginning with my sister real soon, so it will be nice knowing we have an extra month to finish instead of cramming the episodes.

"talking bad" seems like it will be a lot of fun, and I always wondered why walking dead of all shows got an after-show like that, but breaking bad doesn't.

so uh... they're going to hold on to these episodes a month longer?

whatever amc. this is like the arrested reboot... I won't believe they're happening until I'm actually watching them.

I'm more annoyed they're releasing two boxsets. I mean it's good that every episode will have commentary and it overall will be loaded with special features, but cmon. 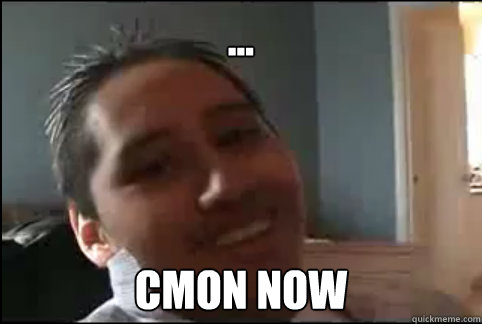 I'm less disappointed about the extra month wait than I thought I'd be. I got my gf into the show a couple months ago and she's nearly caught up with me (only 6 eps to go), so in a way I'm glad that she'll have a longer wait to build anticipation for the final season.

On a side note am I the only one who thinks Lydia's kind of hot? Annoying, but hot.

Steve said:
On a side note am I the only one who thinks Lydia's kind of hot? Annoying, but hot.
Click to expand...

no, you are not

I know everyone makes jokes about it, but does anyone else feel sad watching Hal in Malcolm in the Middle? Like, he's such a fun, positive, wacky guy -- and now he's this evil, sociopathic monster in Breaking Bad. I KNOW IT DOESN'T MAKE SENSE TO BE SAD, and he's playing two different character (or is he?)... but... when I watch this stuff, I can't help but feel that way.

Even if they are two completely different characters, Walter does have the occasional Hal moment.

The exchange with the cop in the beginning of Caballo Sin Nombre.

The plane crash speech going on too long in (I think) that same episode.

TBH I don't think I can ever hate this Walter character if I would watch this show cuz Cranston is playing the character...and I love the guy from his MITM Days so much that he just wouldn't be able to do a good job enough for me to hate his character

Steve said:
On a side note am I the only one who thinks Lydia's kind of hot? Annoying, but hot.
Click to expand...

c'man dude you know you're not the only one. we've had many discussions about the hotness of lydia.

girl needs to get laid to get all that uptightness out of her system.

yeah my recent blog has a little theory about that

I don't mind waiting an extra month. We already waited a year between the last two seasons.

I don't really mind the wait either. No idea when it's even scheduled to be out in the UK technically.
Got a few other shows I could be watching in the meantime.

Mad sidenote: my mother watched some of the last couple of available episodes with me and has decided to just pick it up from here. That's INSANE. She cannot be persuaded to watch from the start, even though I utterly can't see how it will make any sense or be worth beginning from S5 Part 2 without at least having the backstory narrated enthusiastically over a campfire. She is squeamish. Opinions?

from my experience, parents, whether they're mine or a friend's don't exactly share the same mindset of how our culture marathons serial television. my mom has seen me watch these shows and will sit in and after a couples of episodes causing her to feel prepared to keep going. they're just not committed to watch the show like us where they can have pride that we watched it from the beginning.

my mom is squeamish too, so if I were you I'd just be grateful for the episodes she does watch with you. No sense beating yourself up over this mystery because trust me I've been in the exact same situation.

My mom's pretty squeamish, too. She can't even stand the sight of spitting on TV.

and yet she can watch stuff like the guts spilling through the ceiling and Gus's face being blown off without batting an eye. Don't make no sense.

"Four Days Out" was on TV last night...what an excellent episode. If I had never seen this show before I would have been utterly hooked from watching 5 minutes of that episode alone. Walt asking Jesse if he was dropped on his head as a child is just too funny.

One of my favorite episodes.

I wanted to leave them on the COUNTER, bitch!

Steve said:
I wanted to leave them on the COUNTER, bitch!
Click to expand...

One of the best scenes. Actually the whole episode was full of great moments. I loved how Jesse mistook wire as an element.

I always found jesse's dune-buggy comment to be more hilarious than the robot joke. I wish he thought it was dune-buggies but close enough
Last edited: Apr 27, 2013

Someone has made this in sims

so this is life til august 11

Breaking Ned said:
Someone has made this in sims

I AM THE ONE WHO SWINGS!

Waiting until August 11... it was unexpected, but at least it will give my best friend to catch up on it during the summer. At least, I hope he can catch up. He's only seen the pilot but he really liked it.

Swoony said:
I AM THE ONE WHO SWINGS!
Click to expand...

Yo, let me swing too, bitch!

Stay out of my playground!