All the designs and styles - very creative.

I will always love 2D animation.

We had another commission for a caricature, always fun! Took my world-building doodles and tried to experiment with some rock material today using a bit of painting.

"Carli" is a sci-fi drama that I've been doodling with for the past few months. It is set in a technologically paranoid future where, in the past century, has become incredibly paranoid of A.I. and the possibility of machines rising up taking over the human race. While technology still exists, there is heavy regulation and propaganda which strictly enforces "Humanity must always be in the loop" and any other types of technology that involves cybernetics is is also banned and, thanks to the "Humans Only" PAC, is considered "vile" to the human race--and a good chunk of the population strongly agrees.

Carli Ann Voss, our main character and single mother of two, was involved in a horrific train crash and when traditional tissue replacement wasn't enough, she was secretly shipped out of the hospital and was operated on and saved with cybernetic prosthetics, which not only replaced the crushed parts of her body, but the internal components are keeping her alive. Unfortunately, when the public finds out about her surgery, she is deemed the technological anti-Christ while some believe she is the next stage in human evolution. In the middle is this poor woman who is just trying to get back to having some sort of normal life. [MENTION=6]Patches O'houlihan[/MENTION]
Looks awesome, and pretty dope idea and backstory! I'd love to see a finished and rendered design. 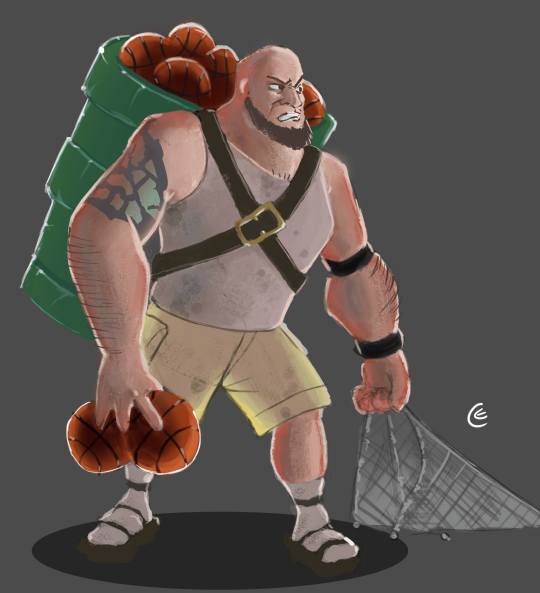 I sometimes forget how little I actually practiced rendering and drawing over the past year so I was a bit discontent with the results. Over the next few weeks I hope to get more color studies done particularly with character, posing, and skin. This was supposed to be a design prompt idea for an Arena Game, and I thought it'd be silly to depict basketball and basketball nets as weapons. Drew the new Fairly Oddparents girl in a scene from a recent episode because she's a fantastic character. Hopefully the show is coming back in July like it was rumoured to. Ew. Looking at this thread reminds me of how embarassed I am of my art. Like when you look at drawings you did five years ago and wonder "why." I'm back, and hopefully I will hold onto my goals this time and do a minimum of one painting per week. This is actually the first painting I've done since the last time I've posted here. My most recent attempt to do lighting... blegh... definitely not my department, haha! 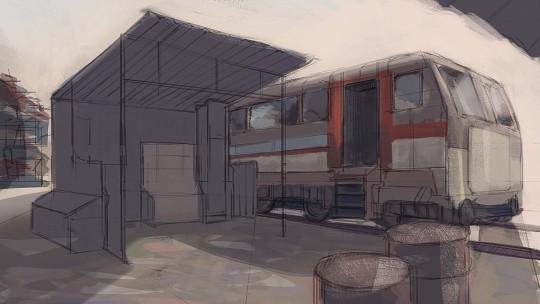 Sticking to my words and doing more paintings. My 3rd lighting composition, also a concept that I plan to use for my personal animation project.

Now I'm gonna be wondering whats under that sheet? FIRST PAINTING FROM MY CARAVAN-STUDIO.

Much the same as the last one i posted tbh (a bit better i hope). Been really immersed in the art scene since being in Scotland. My dads had incredible artists over almost every every day for the past week. Learning so much, exciting times!

Guyz i entered a comp for young artists and won £1000, professional mentorship and free entry into Spring Fling

Come see my work in May Scottish NHC members (looking at you Rem)
Last edited: Oct 26, 2016

I found this unfinished thing in my folder from 5 months ago. Boop.

I finally was able to resume my "Carli" idea after not drawing for almost a year and I changed a few ideas with the storyline:

1. Carli Moss (single mom, age 40) has no memory of the events of the train crash and wakes up 2 weeks later with her body 'rebuilt', and....

2. If there was a live-action version of this, the actress who I'd want to play her would be Laurie Holden (Andrea from "The Walking Dead).

So, I tried drawing my first ever 'portrait" (taken with a crappy cellphone camera) of Ms. Holden: I actually have a script in the works and I'm starting to put this together with more comic drawing style later this year. Location
that place that sells chili

Shouldn't really call it art because it's based on (what is the word for when you copy a drawing someone has made by drawing it again?) 2 frames of Griffith from Berserk, but it certainly is no doodle since I spent so much time on them. I would love to be able to draw more freely, that is a skill I desire more and more. Anyway these two images turned out well imo:

If you turn the computer screen you can see my musical assingment on the other side.

You took the time and effort to draw it, if it's your creation it is art no matter how you made it.

I wish I could draw people like that, but I'll stick to my cartooning

The style kinda reminds me of older anime from 70s/80s

Sorta forgot this thread existed. I have been practicing with my iPad and pencil lately because I've had an extreme need to draw. I honed my skills as a teenager by drawing Cloud Strife from Final Fantasy VII a ton. I have stacks of Steno notepads with FFVII drawings in them over the years I need to find to compare.

But this is my latest work in progress, a basic portrait since I'm terrible at bodies and gesture: Just found out one of my paintings got selected for the Royal Glasgow Institute of Fine Art annual exhibition. Pretty mad and unexpected! All the Scots here better go check it out (lookin at you Rem) I was looking through everyone's pieces and I was almost too scared to post my own, because these are all so great!!! :gatorclap:

Anyways, here are some of my own silly drawings:

This is a piece I did as my first project in art class. We had to make a name design, and I chose to base mine off street art. We weren't allowed to use any copyrighted characters, so I had to change the looks/colors of some... I'm sure you can tell what is what haha!

I was asked to make another one for a friend of mine recently, and I just finished it today, so I guess I'll add that too: (As you can see, I've definitely improved since my last attempt lol.)

Here are some cartoons I did:

These are some more drawings for school: (The Don Corleone one was for a Language Arts assignment, the other one was, yet, another art assignment)

And last, this is a picture I did back in 8th grade, when I was still trying to teach myself realism. It's a painting for my father

This thread brings back memories.

Wrote the book on flimflammin 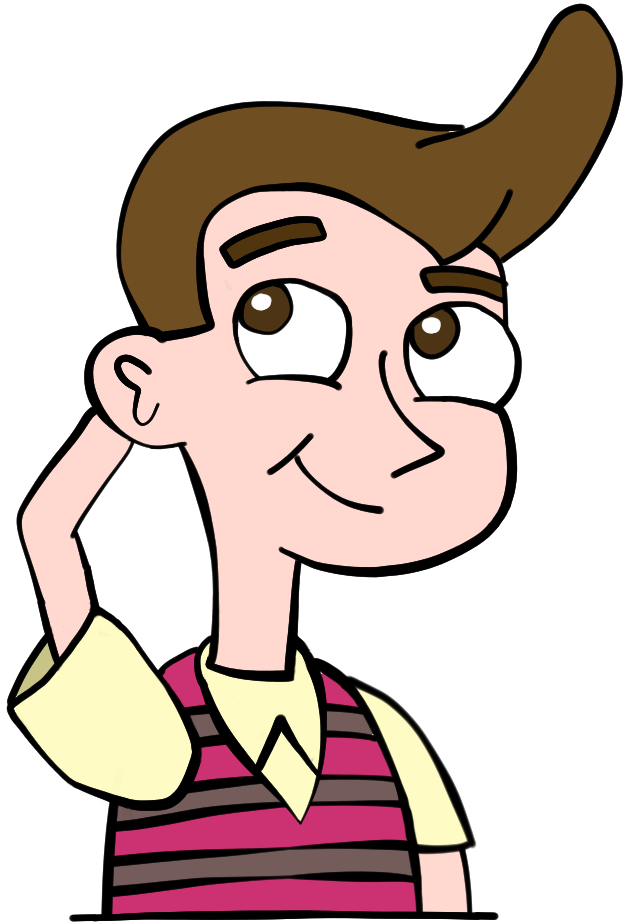 Since this was bumped I might as well share this I made yesterday. I have really improved, but I still can't do anything that isn't cartoony.

Location
that place that sells chili

I'm back, and hopefully I will hold onto my goals this time and do a minimum of one painting per week. This is actually the first painting I've done since the last time I've posted here. My most recent attempt to do lighting... blegh... definitely not my department, haha!
Click to expand...

Lol. Definitely haven't been doing that due to full-time work. But hey, I'm really beginning to take drawing and design seriously now!

Character personality doodles for some story I'm working on:

and behold, another doggo...

Made in Abyss illustration-fan art: